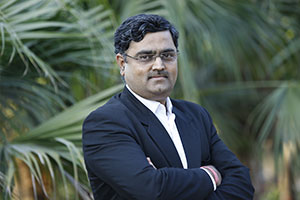 Sudhinder was admitted to the Bar in 1989. He started his career as a junior Advocate under Mr. A.N. Haksar, Bar-at-Law, Senior Advocate, Supreme Court of India. He practiced as an independent counsel since 1999 and joined the Firm in April, 2007 as a Partner.

The rules of the Bar Council of India do not permit advocates to solicit work or advertise in any manner. This website has been created only for informational purposes and is not intended to constitute solicitation, invitation, advertisement or inducement of any sort whatsoever from us or any of our members to solicit any work in any manner. By clicking on 'Agree' below, you acknowledge and confirm the following:

a) there has been no solicitation, invitation, advertisement or inducement of any sort whatsoever from us or any of our members to solicit any work through this website;

b) you are desirous of obtaining further information about us on your own accord and for your use;

c) no information or material provided on this website is to be construed as a legal opinion and use of this website will not create any lawyer-client relationship;

d) while reasonable care has been taken in ensuring the accuracy of the contents of the website, Argus Partners shall not be responsible for the results of any actions taken on the basis of information provided in this website or for any error or omission in the website; and

e) in cases where the user has any legal issues, the user must seek independent legal advice.